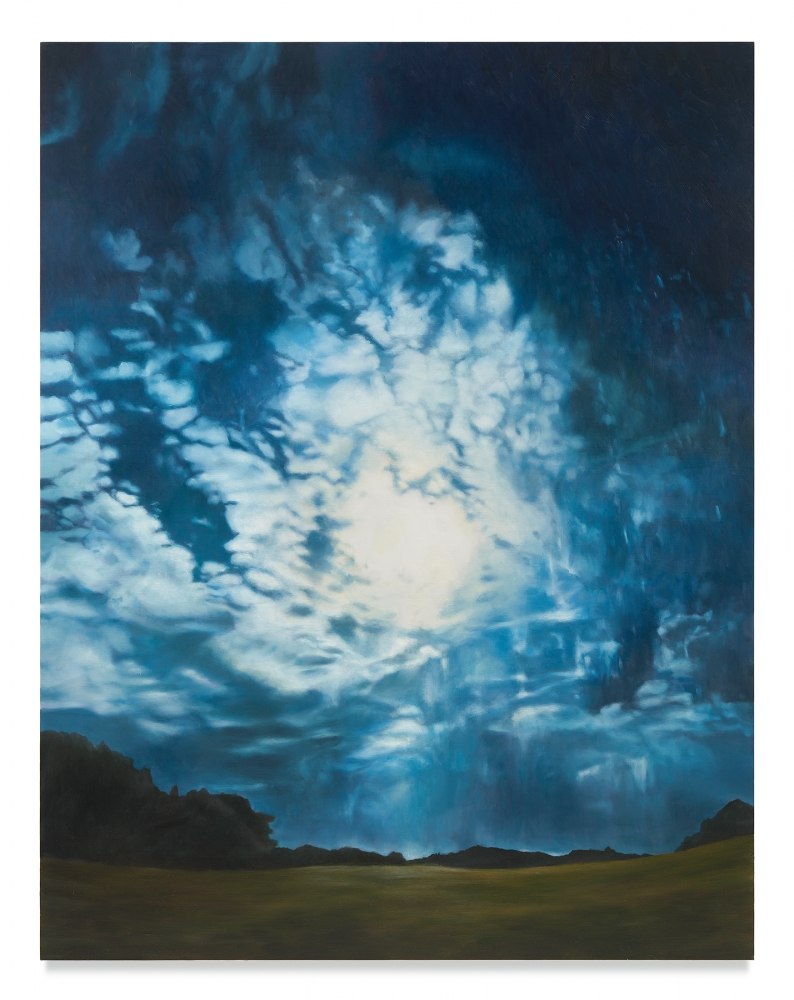 April Gornik’s Sunset, 2018—one among the twelve new landscape paintings in her current exhibition at Miles McEnery Gallery—appears as though it might be plugged into an electrical socket. Along the horizon, halfway between a malevolent sky and an inky sea, a stripe of brilliant incandescence worthy of Vermeer lights up storm clouds, choppy waters, and, one would imagine, the entire gallery if it were darkened. Symbolism, Romanticism, Luminism, and feminism have all been cited in regard to Gornik’s work. Indeed, her reimagined versions of natural phenomena are as rich a field for interpretation as the writings of Herman Melville or Ralph Waldo Emerson.

But my immediate reaction to Sunset, and the other new oils on view, all shorn of obvious narrative tinkering, was more visceral than intellectual. I recognized, and literally felt, the hallucinatory clouds saturated in moonbeams in Moonlight, 2019; the blinding oculus created by the sun and clouds in a fleeting dance together in Light Wheel, 2019; the azure-framed ovoid made from trees reflected on lake water in Bending Light, 2019. Scaled exactly so the mind can take in the composition all at once, each work is charged by an uncanny celestial radiance; the pleasure of Gornik’s art is in its immediate transcendent affect. The canvases are ecstatic experiences, hallelujah moments right out of the Second Great Awakening. Yet they recall the haunting psychological directness of Mark Rothko’s stacked rectangles far more than Frederic Edwin Church’s grandiose, metaphor-laden fictions. In nature, nothing’s impossible—though how Gornik captures the essence of such fugitive, liquid interludes with paint so skillfully is a tremendous mystery. 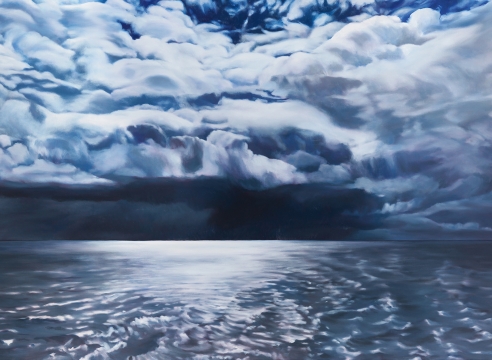