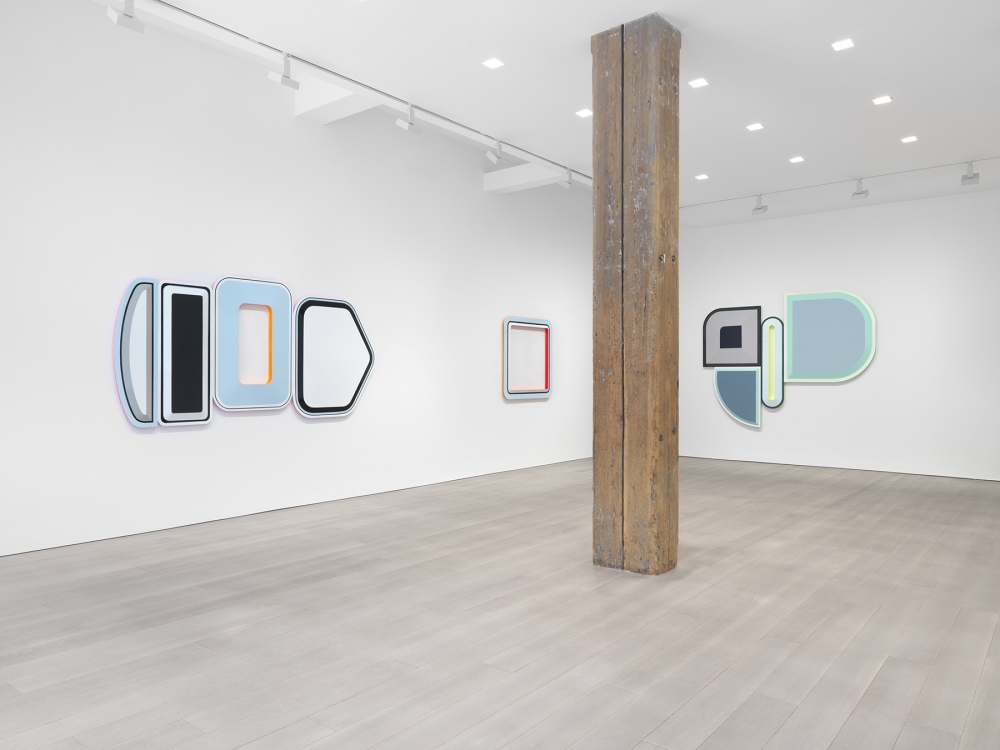 One glance at the sculptural work of artist Beverly Fishman will allow you to identify her mesmerizing creations forever. Several distinct signifiers plant the seed of her style. First, her high-gloss geometric forms tantalize. Each marries impactful, unexpected color and many often seem to glow—and even emote. Whether hung on a wall or rising from the floor, Fishman’s expressive pieces pull viewers forward for a closer look and a deeper think. On the surface, of course, these sleek urethane-paint-on-wood works are aesthetically pleasing, yet one cannot help but ponder the author’s other intention. For Fishman’s current solo exhibition, I Dream of Sleep at NYC’s Miles McEnery Gallery, we spoke with the artist about the nightmares behind her wonderland of color and form.

It’s about wanting to be free of suffering. During December 2018, I spent the month in a New Jersey hospital watching my sister struggle to live. She fought so hard. She did not want to die. But I was thinking about what it meant to suffer so badly that one just wanted everything to stop. You are dreaming, but you want some deeper state of unconsciousness. My current show was in part inspired by this experience.

You reference the shape of pills in your art—sometimes more literally than others. Can you talk to me a bit about the influence of the pharmaceutical industry on your work?

Since its very beginnings, my art has always focused on our relationship to science, medicine, and technology. I was interested in how these institutions pictured and represented our minds and our bodies and, by doing so, how they affected and transformed us. I was also aware of how the pharmaceutical industry was creeping more and more into everyday life. For a long time, it was taboo to talk about what medicine you were taking. Then suddenly all that changed.

In 1999, when I turned to appropriating the shapes of pharmaceuticals, I was very aware of how Big Pharma was selling us more and more idealized visions of ourselves. Valium and Prozac, for example, were touted as miracle drugs; substances that would make us better versions of ourselves. I became very cognizant of the packaging and the marketing of these commodities, and I wanted to emphasize how they were not simply combinations of chemicals, but rather that they had become ideals for living a “better” or even “perfect” life.

I also wanted to emphasize the dark side of the pharmaceutical industry. Although pharmaceuticals definitely improve and even save lives, and almost all drugs have a place in society, I was very aware that they were being consistently over-prescribed. In addition to being cures, they were poisons. In the late 1990s, the opioid crisis was also really taking off. That to me was the best example of how pharmaceutical companies like Purdue Pharma did not have our health and best interests at heart. Although opioids have a place in pain management, their over-prescription has become a national tragedy. The current pandemic has only made the situation worse. Although drugs are helping us deal with lots of new anxiety and depression brought about by the coronavirus pandemic and the upcoming election, drug overdoses are also going up. They are an important factor behind the growth in what people are calling “deaths of despair.”

Where do you begin when crafting a new piece? Is it an idea? An action?

I start with research. I was interested in the effects that the pharmaceutical industry was having on society; so, I read books and articles, I talked with medical professionals, and I watched a ton of medical documentaries. My research led me to specific forms and practices that I then shaped into paintings and sculptures. For example, pills are often scored so that we can divide doses; this led me to breaking up the overall forms. More recently, a couple of years ago, I learned about the issues surrounding “polypharmacy.” Polypharmacy is the condition of having many health problems and using multiple medicines to combat them.

It is common in older people and a disorder that is also rising in the young and the middle-aged. It can be a problem because drugs interact with one another and if you are getting medication from different doctors, then there may be no one who is actually monitoring your substance intake from a holistic point of view. This can lead to significant side effects and even death. The medical concept of polypharmacy gave me the idea to combine multiple pill fragments together to compose the overall forms of my wall reliefs. So, their formal configurations arise not only from the forms of pharmaceuticals, but also from the growing practice of taking an ever-increasing variety of pills. For the most part, the cut-out shapes within my forms are not derived directly from the pills, but I add them in part to represent the chemical power of these substances—the “inner light” that promises to heal us—or as a glowing warning that alerts us to the power of what’s inside.

Can you share with us a bit about your relationship to color—and what you seek to do with color when developing a new piece?

Color is very subjective to me, and it plays a huge role in my work. I spend a long time in my studio working on collages of different pill-shaped fragments, which I use to explore different color combinations and relationships. In the current show, the whites, pastels, and grays are there to evoke the medicinal hues of actual pills. The florescent colors and the glow they create on the walls evoke for me the powers of the different chemicals inside. But that’s only one association. I want my colors to surprise you, and for the viewer to have a transformative experience.

As you’ve mentioned, negative space plays an important role in some of your work. Can you talk about how you use negative space and how you sometimes fill it with the glow from a nearby color?

I was interested in using negative space to open up the pill forms. It means a lot of different things to me, not only the interior power of the chemical substances, but also the emptiness of some of the pharmaceutical industry’s promises. I was also thinking about “used” doses—pills whose power has already been consumed.

The high-gloss finish of each piece looks quite machine-made, due to its perfection. Can you talk about your handmade production process and how you achieve this level of finish?

I begin by collaging different cut pieces of colored papers, creating works that are very raw and handmade. I then produce the collage in three-dimensional forms in which the colors are carefully sprayed on after the shapes have been constructed. This takes many days as the surfaces must be covered multiple times in order to produce a glass-like outer skin. For me, the idiosyncratic and handmade aspect continues through the color combinations. But I am also interested in a perfect machined surface, which references the pills as manufactured and mass-produced consumer products, and which in part is also supposed to suggest the promise and perfection that pharmaceuticals offer us.

Often when we look at one of your sculptures, we feel tantalized or mesmerized—pulled in. Is it your intention to, for lack of better word, hypnotize in that way?

Thank you for the comment, I really appreciate it. Yes, I want you to feel hypnotized and drawn in. I want you to desire them. I use similar strategies to pharmaceutical advertisements, which seduce us and make us desire things we didn’t know we needed.

We often converse on Instagram. Do you think of social media as a tool?

Yes, definitely. Social media is a tool, as well as an addiction—my addiction.

Detroit is your home. Do you engage with/participate in the art scene there?

I live to work, and I pretty much stay in my studio. After I moved to Detroit and before the pandemic started, I was beginning to go out more to shows and studios. But that’s much harder now, and my daily focus is really being in the studio.

I Dream of Sleep will run through 10 October at 525 West 22nd Street. Miles McEnery Gallery produced a fully illustrated publication to accompany the show—and it features stunning imagery of Fishman’s work, as well as an essay by Amy Rahn. 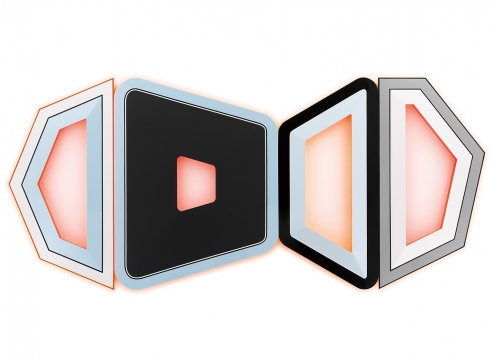