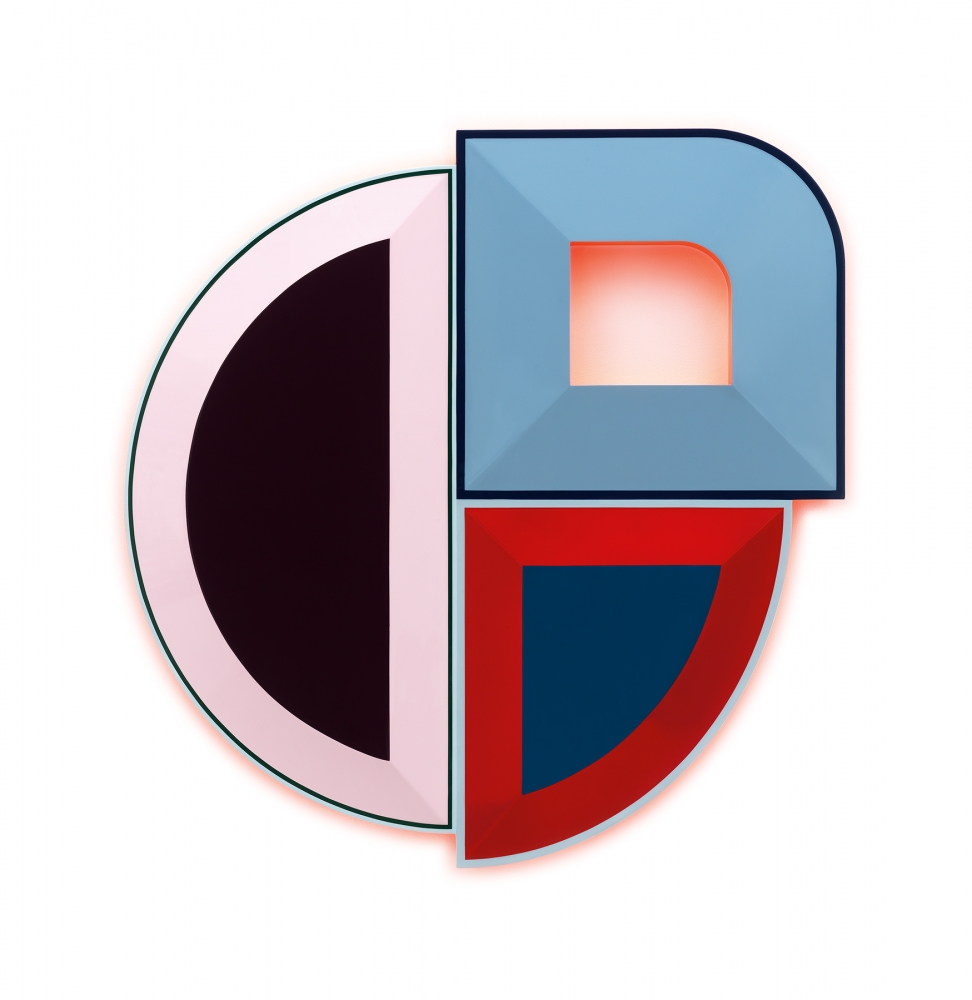 Interior Design features Beverly Fishman's work in the Miles McEnery Gallery Booth at ZONAMACO as a highlight of the fair.

Exhibitors from 26 countries participated in the 2020 edition of ZONAMACO—Latin America’s leading art platform—in Mexico City, from February 5-6. This year, spatial design studio Tom Postma Design from the Netherlands and Mexican architecture, interior, and graphic design firm Salinas Lasheras were in charge of creating the restaurants and lounge areas.

Among the participants were Henrique Faria, Galerie LeLong, and Miles McEnery Gallery from New York City; Arróniz, Kurimanzutto, and OMR from Mexico City; and Espacio Continuo and Galería Casa Cuadradafrom Bogota, to name only a few.

Born in Shiraz, Iran in 1955 before moving to London in 1974, sculptor Shirazeh Houshiary explains: “I set out to capture my breath to find the essence of my own existence, transcending name, nationality and cultures.” Made of glass and mirror-polished stainless steel, Alar deals with the notion of transparency and the possibility of transcending three-dimensional space.

“The tea came about during a conversation I had with an artist friend of mine,” says Jerrell Gibbs, who creates figurative portraits and accentuates banal representations of black identity. “We both joked about various meanings of ‘tea’ depending on the context of the conversation. I’m sure it functions on many different levels, but our conversation specifically spoke about ‘tea’ as gossip.”

Born in Guatemala City in 1952, Diana de Solares explores the concepts of space and place. Her abstract and geometric artworks reflect tensions between shapes, colors and lines. These elements represent the artist’s reflections about the world. “The notion of space led me … to questions such as ‘Where are we when we are in the world? How does an object become a place? How do we experience the world?’,” de Solares says.

With his series Aggregations—created with small, triangular forms wrapped in mulberry paper—Korean artist Chun Kwang Young, who was influenced by Abstract Expressionism while he was living in the United States in the 1970s, demonstrates his interest in the themes of harmony and conflict.

Yojiro Imasaka’s poetic landscape photographs evoke the fragility of human existence. Born in 1983 in Hiroshima, Japan, the artist—who currently lives in New York City—strives to create images that “hint [at] our past, present, and future,” he says.

For Spanish artist Soledad Córdoba, photography is a way to represent new realities and raise questions about human experience. Her work is based on the idea of transcending reality and represents notions such as beauty, silence, pain, and fear among others.

“We all know we shouldn’t judge a book by its cover, that beauty is more than skin deep,” says Nick Veasey. “By revealing the inside, the quintessential element of my art speculates upon what the manufactured and natural world really consists of.” For his fashion series, the British artist collaborated with the Victoria & Albert Museum in London, creating x-rays of the garments from their collection, such as this Balenciaga dress.

Presented in ZONAMACO Sur, a section curated by Juan Canela to reflect the expanding movement of the historical narratives in art that have flourished over the last millennium, Rachel Hellmann’s colorful and geometric paintings on paper deal with the perceived and actual space.

Known for his hand chair, Mexico-City based surrealist artist Pedro Friedeberg—who was born in Italy in 1936—creates unusual compositions inspired by architecture. Among his sources of inspiration are Aztec codices and pyramids, Catholicism, Hinduism, and Op Art, as well as many others.