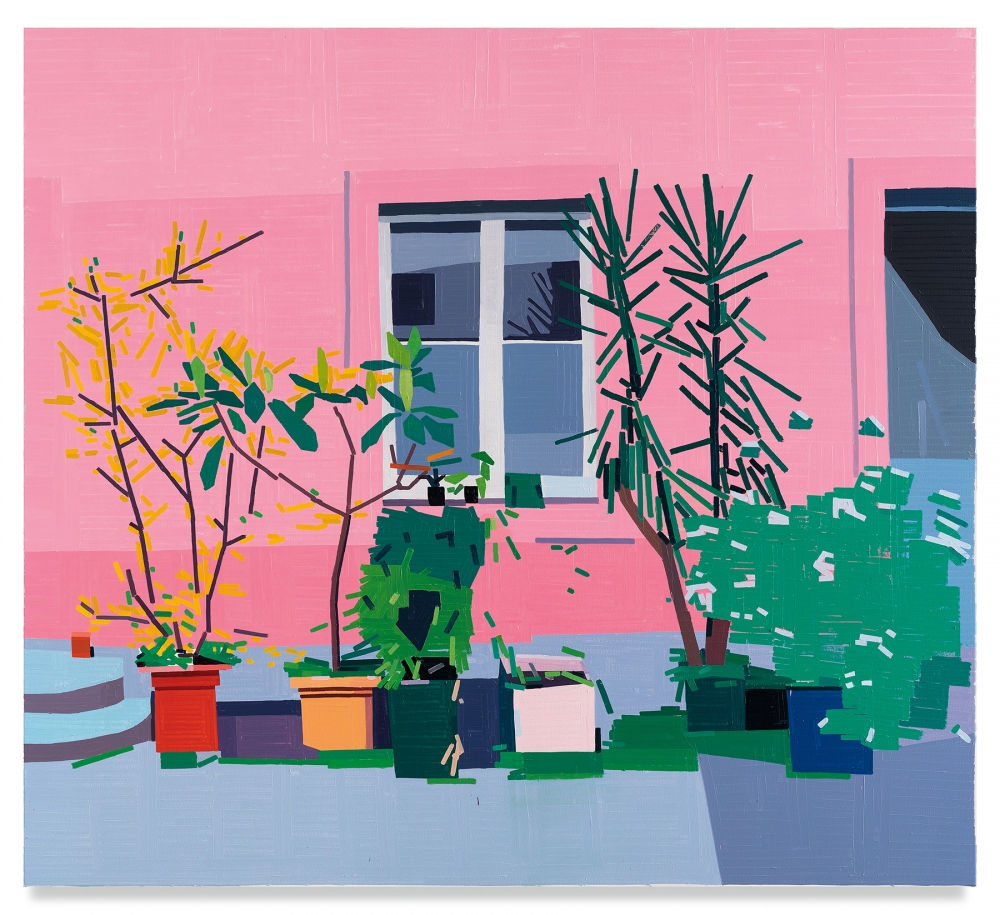 Lives and works in Tel Aviv

Guy Yanai believes humans have a “simple and primal attraction” to the objects that surround them. When we paint them, he said, “they become vehicles for showing our inner lives.” Yanai’s domestic scenes feature twiggy plants in boxy planters, windows that reflect other homes or look onto a hilly landscape, and interior walls painted brilliant pinks and blues. Viewers can always make out Yanai’s underlying grids, which connects his practice to both traditional mosaic works and pixelated screens.

Yanai sounds omnivorous when he speaks of his influences, citing musician John Zorn; television shows; Etruscan, Roman, and ancient Greek art; Cy Twombly, Paul Cezanne, Henri Matisse, Philip Guston, and Willem de Kooning, among others. Both modern and ancient artists, said Yanai, shared a fascination with transforming the objects around them into “vessels for the most profound of emotions.”

Despite the global pause of the pandemic, Yanai is enjoying significant attention from the art world at the moment. This September, he’ll mount a solo show at CONRADS in Düsseldorf—where he’ll show portraits for the first time—as well as a project with Niels Kantor in Beverly Hills. In the fall of 2021, both Praz-Delavallade in Los Angeles and Miles McEnery in New York will open solo presentations of his work. 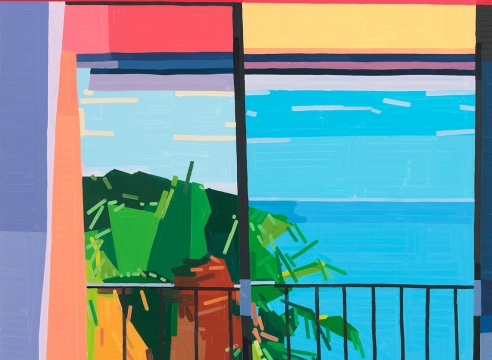