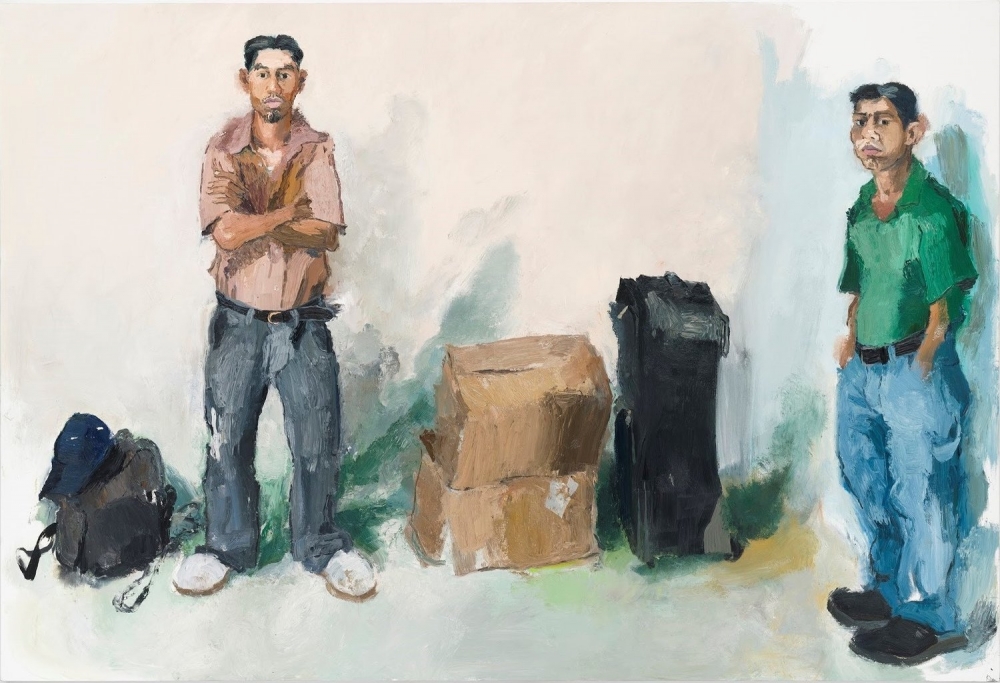 Years ago, when artist John Sonsini began approaching Spanish-speaking day laborers in Los Angeles to ask if he could paint their portraits, he had some communication problems. "My Spanish was so poor," Sonsini admits.

First, he was introducing himself as an artista, a word that many Spanish speakers associate with a singer or dancer. But when he switched to pintor that didn't necessarily clear up the confusion — the men thought this professorial-looking, Italian-American with a salt-and-pepper beard was offering them a job painting houses.

What Sonsini was offering was a modeling job: He told the men he'd pay $30 dollars an hour, five hours a day, five days a week, for five weeks of work.

The results of their work — and Sonsini's — are now on view in Los Angeles in a show called Cowboy Stories & New Paintings. The exhibition features canvas after canvas of men in worn jeans, shirts, belts, boots and cowboy hats. They're gazing out of the paintings, directly at the viewers.

Sonsini looks for models who have "a dynamic physical presence." He says he's not looking for conventionally handsome men, but "I've never painted anyone that I didn't think was beautiful," he adds.

"I find that the presence of the sitter frees me up in a mysterious sort of way," Sonsini says. It loosens his brush strokes. He paints with confident, thick dashes of oil paint.

The idea to paint day laborers came from Gabriel Barajas, Sonsini's longtime partner. Barajas immigrated to the U.S. from Mexico and for years he was Sonsini's sole model. In their 24 years together, Barajas has introduced Sonsini to many models and also serves as a translator.

It's "super exciting," Barajas says. "It was my dream to do something in the arts."

Sonsini has painted Francisco Melgar, a model who came to the U.S. from Honduras, some 25 times. It's a physically demanding job, but one that makes him good money. Sonsini's not doing badly either — at the Vielmetter Los Angeles gallery his canvases sell for $10,000 to $75,000.

In the current climate, people sometimes see themes of immigration in Sonsini's work. Men leaving home — working hard for money to send back to their families, separation for sustenance. Sonsini denies it. His art, he says, is not political.

"I definitely am not trying to make statements," Sonsini says.

All he's making are paintings. 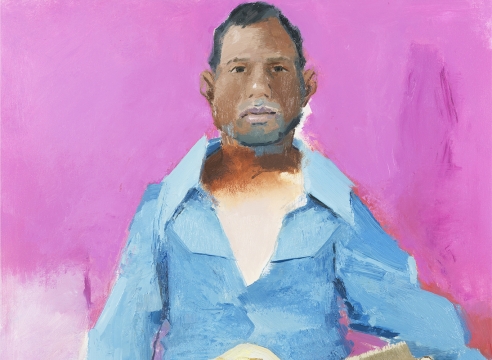