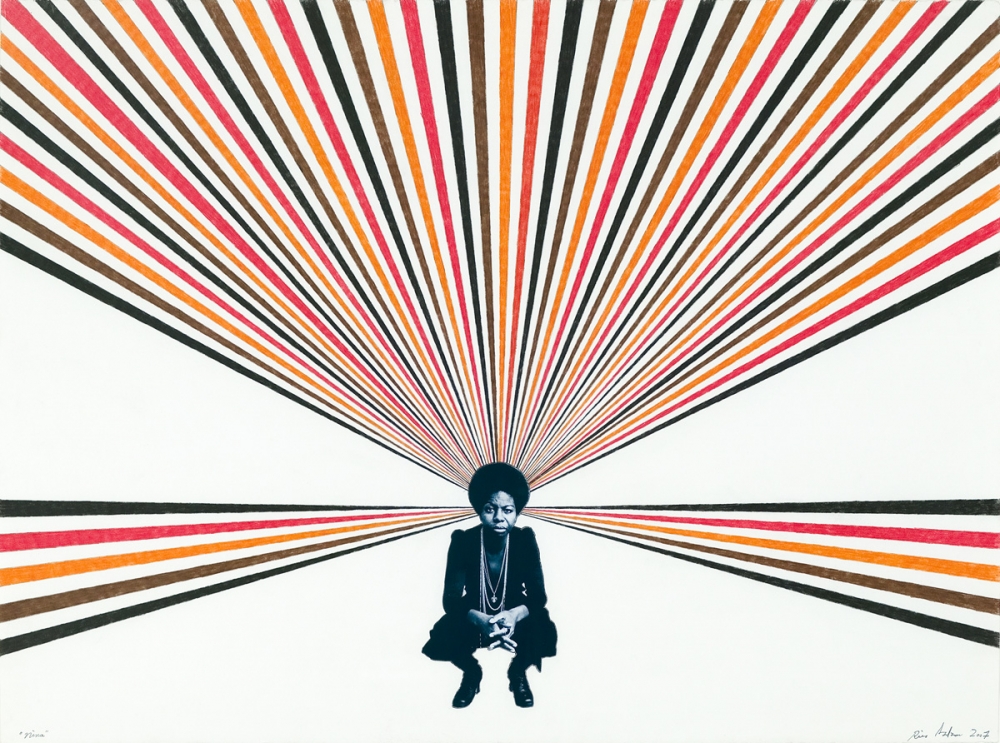 "Rico Gatson’s studio, in Bushwick, is awash in color and geometry. Tall rectangular panels painted in intricate patterns lean against a wall like abstract totems. Other planks lie across tables, works in progress involving ovals and circles. Large paintings on the wall alternate geometric sections in red, black, orange, yellow, and green with others in black and white. Nearby, silhouettes taken from vintage images of Black Panthers and civil rights protesters stand beneath strong colored vertical stripes or radiating lines."

RICO GATSON | THE BROOKLYN RAIL
Review by William Corwin
May 2017

"When elevating a human subject to sainthood or, at least making them an object of veneration, an artist needs to consider practically how it is that light or beams of pure energy will emanate from their being. Rico Gatson’s exhibition Icons 2007–2017 is just such an exercise in catapulting the human into the supernatural realm. We are watching an artist doing what artists do best: rendering the unimaginable into the visual and the unspeakable into human terms."

How Radical Can A Portrait Be?

"Icons, a solo exhibition of recent works on paper by the artist Rico Gatson, curated by Hallie Ringle, takes this ecstasy in personhood and makes it as visible as people themselves. Gatson appropriates old photographic images of famous black Americans—Zora Neale Hurston, Gil Scott-Heron, Nina Simone, Marvin Gaye—and surrounds them with bright, colorful lines that shoot outward from the personages to the borders of the page."