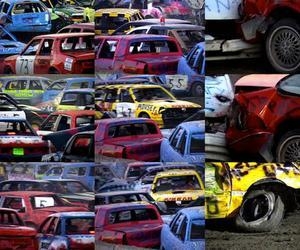 The collection of the European House of Photography in Paris to date consists of approximately 21,000 works. Started there more than 35 years, she married fads and enthusiasms of his time. As such, it appears as a photoscopie of photographic creation in the second half of the twentieth century. This hook is intended to reveal key aspects of the acquisition policy of the house: the creation of large sets of photographers work, orders and donations.

The collection is built around a few major series originally published in monographs by some of the greatest photographers of the postwar period, and which are the basis of the collection. This is often the first books of artists who, without taboos or references, invent forms and scrambling codes and conventions. Richard Avedon, Larry Clark, Raymond Depardon, Robert Frank, Ralph Gibson, William Klein, Josef Koudelka, Irving Penn, Plossu Bernard, Johan van der Keuken, to name a few, have opened ways for generations of photographers. The exhibition will also present some important orders on the capital, initiated by the association Paris Audiovisuel then MEP from Paris visibly Henri Cartier-Bresson in 1984 to the Grand Paris Martin Parr in 2014.

Finally, almost a third of the collection consists of donations. Large housing were provided by the authors themselves, Harry Callahan, Jim Dine, Helmut Newton or some great sponsors, partners whose contribution to the enrichment of the collection is essential: the Association of Friends of the MEP, the Dai Nippon Printing Co. has made from 1994 to 2006 a large collection of the greatest Japanese photographers of the postwar Neuflize Vie which has contributed to the purchase of works of young artists and David Adamson, a pioneer of digital printing, which donated an exceptional collection of works by the greatest artists of contemporary art.