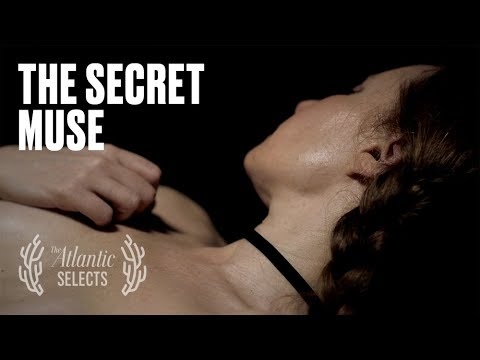 Over the course of more than 15 years, Andrew Wyeth created 250 secret paintings. He hid them from everyone—including his wife, who was also his business manager—in the loft of a millhouse near his home in rural Pennsylvania. When they were discovered, in 1986, they generated a media frenzy that extended well beyond the art world. The Helga paintings, as they came to be called, all depicted a single subject: Helga Testorf.

Testorf opens up about her unique relationship with Wyeth for the first time in Jesse Brass’s moving short documentary, Helga. “Helga is private—very careful with who she talks to and what she says,” Brass told me. Brass’s co-director Bo Bartlett had been a longtime friend of Wyeth’s and connected the filmmaker with Testorf. “When he reached out to me,” Brass recalled, “he said, ‘Helga told me she’s ready to talk.’”

In the film, Testorf describes how she felt the first time Wyeth painted her. “Overnight, I was reborn,” she says. “Somebody was really looking at me—really seeing me.”

Brass illustrates this intimacy with shots of a model, who looks much like a young Testorf, posing for the camera with a reticent grace. Though she never quite shows her face, cinematography suggests a deep sense of trust. “I wanted to show what that was like, to be looked at that closely,” Brass said. “I wanted the audience to feel the experience of their sessions—the quiet intimacy.”

For Testorf, being Wyeth’s muse was something of an awakening. “It was, for me, an education … [Wyeth] was being himself like I wanted to be myself, and then sharing it with me,” she says in the film. She goes on to explain how their relationship was grounded in an emotional exchange. “I got hungry. He always said I was ‘starved’ … so he gave me what I wanted, and he got what he wanted. I think that’s beautiful. He was always painting himself, in me.”

As for the hidden nature of the arrangement, Testorf found solace in being shrouded in secrecy. “I was very comfortable that nobody knew me,” she says. “I’m a figment of his imagination, like a leaf blowing in the wind … I’m there, but I’m not there.”

According to John Wilmerding, an art historian and the author of Andrew Wyeth: The Helga Pictures, for Wyeth to have paid such close attention to one model over such an extended period of time is a “remarkable, if not singular” instance in American art. In 2006, the art critic James Gardner proclaimed Testorf the last person to be made famous by a painting.

Explaining the series of paintings, Wyeth once said, "The difference between me and a lot of painters is that I have to have a personal contact with my models ... I have to become enamored. Smitten. That's what happened when I saw Helga."

Despite the fact that many of Wyeth’s paintings depict her in the nude, Testorf maintains that she and the artist had a purely spiritual relationship. In the film she says, “There are many ways of making love, you know.”