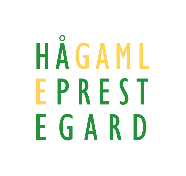 Nature Morte – the exhibition – is based on Michael Petry’s recent book of the same name for Thames & Hudson. It brings together historic still-life paintings and contemporary art works that use the language of the past for modern concerns. The show seeks to illustrate how leading artists of the 21st century are reinvigorating the still life, a genre previously synonymous with the sixteenth- and seventeenth century Old Masters.

A core of contemporary pieces (some of those illustrated in the book, as well as related works) will travel to all the tour locations. In each venue historic works borrowed from local museums will compliment those that form the spine of the exhibition. Additionally regional artists who are working with the theme will be included in each venue. Petry will co-curate the shows with the Directors of each venue.

The show will exhibit works from the traditional topics of the still-life: flora, fauna, the domestic object, food and vanities.

The exhibition explores the timeless themes of life, death and the irrevocable passing of time in these new works for our modern world; artworks that invite us to pause and reconsider what it means to be human.

The still life, or nature morte, has been a constant subject throughout the history of art, its significance changing over time. As an independent genre of painting, however, the still life came into its own in the mid-seventeenth century when the Flemish term stilleven first came to be applied to oil paintings characterized by their tight focus on an assortment of objects sitting on a flat surface, depicted not as a subsidiary element in a wider narrative but as a subject in its own right. Such paintings had become popular as early as the late fifteenth century but only now did a substantial body of works exist to merit recognition as forming a distinct genre. From stilleven, the German stilleben and the English ‘still life’ came into use, but their allusion to still or unmoving nature has never done full justice to the allegorical themes that underpin these works and, ultimately, lend them their gravitas. It would be left to the French, some one hundred years later, to coin the name most suggestive of the layered symbolism of the genre and its poignant reminders of the transience of life and the ever-present threat of death: the still life became known as the nature morte, literally ‘dead nature’.